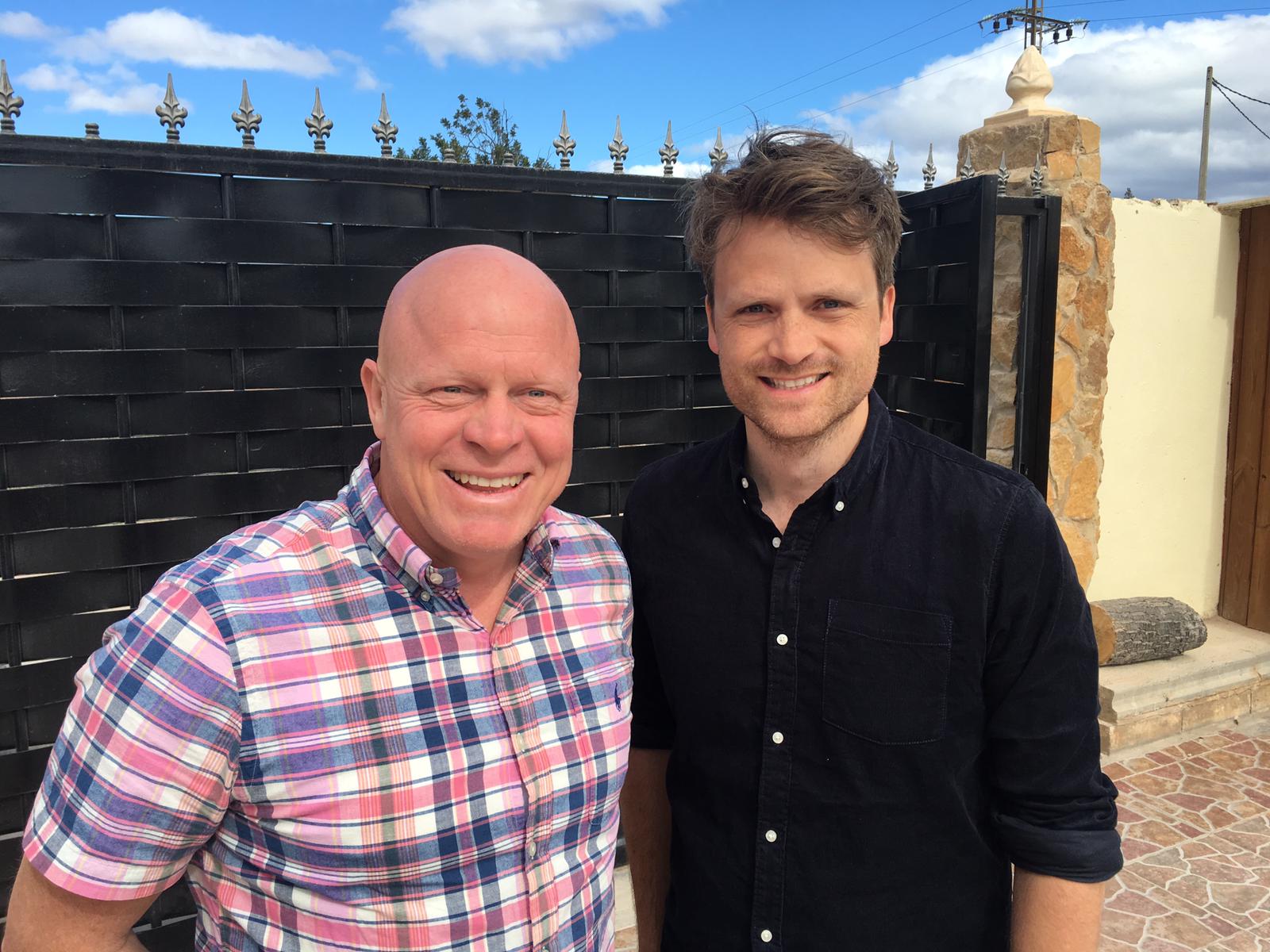 Azahar Properties are proud to announce that we have been selected for the fourth time by the U.K.’s leading property television series, Channel 4’s, ‘A Place In The Sun’.

We were initially approached in April for this season’s episode to present a choice of villas for ‘A Place in the Sun’ to consider for their property hunters who had decided to buy in Lliria.

At the same time, we were given the property requirements that the couple were looking for: keys features and most importantly their maximum budget.

For this particular episode, ‘A Place In The Sun’ had a lovely couple looking to purchase a property in the Lliria area of Valencia. Lliria is well connected to Valencia city, located northwest of the city centre. It is the last station stop on the metro line from Valencia city.

Simon understandably rose to the challenge and supplied a good choice of properties. After a short time, the producers chose one of the villas that Simon had suggested and was selected for the show. The chosen villa appeared to meet all of the requirements set out by their property hunters.

On the day of filming, Simon went to meet the show’s presenter Ben Hillman, the television production team and the property hunters very early in the morning at the property for sale in Lliria. Filming lasted for around three and a half hours and was very positive, however, we cannot say any more as the new episode is still waiting to be aired by Channel 4, so no spoilers are allowed at this time!

In summary it was a fun day and a great experience, with Azahar Properties remaining a reliable and trusted prime choice for the Channel 4 television show ‘A Place In The Sun’. We look forward to working with the team next time they are in Valencia.