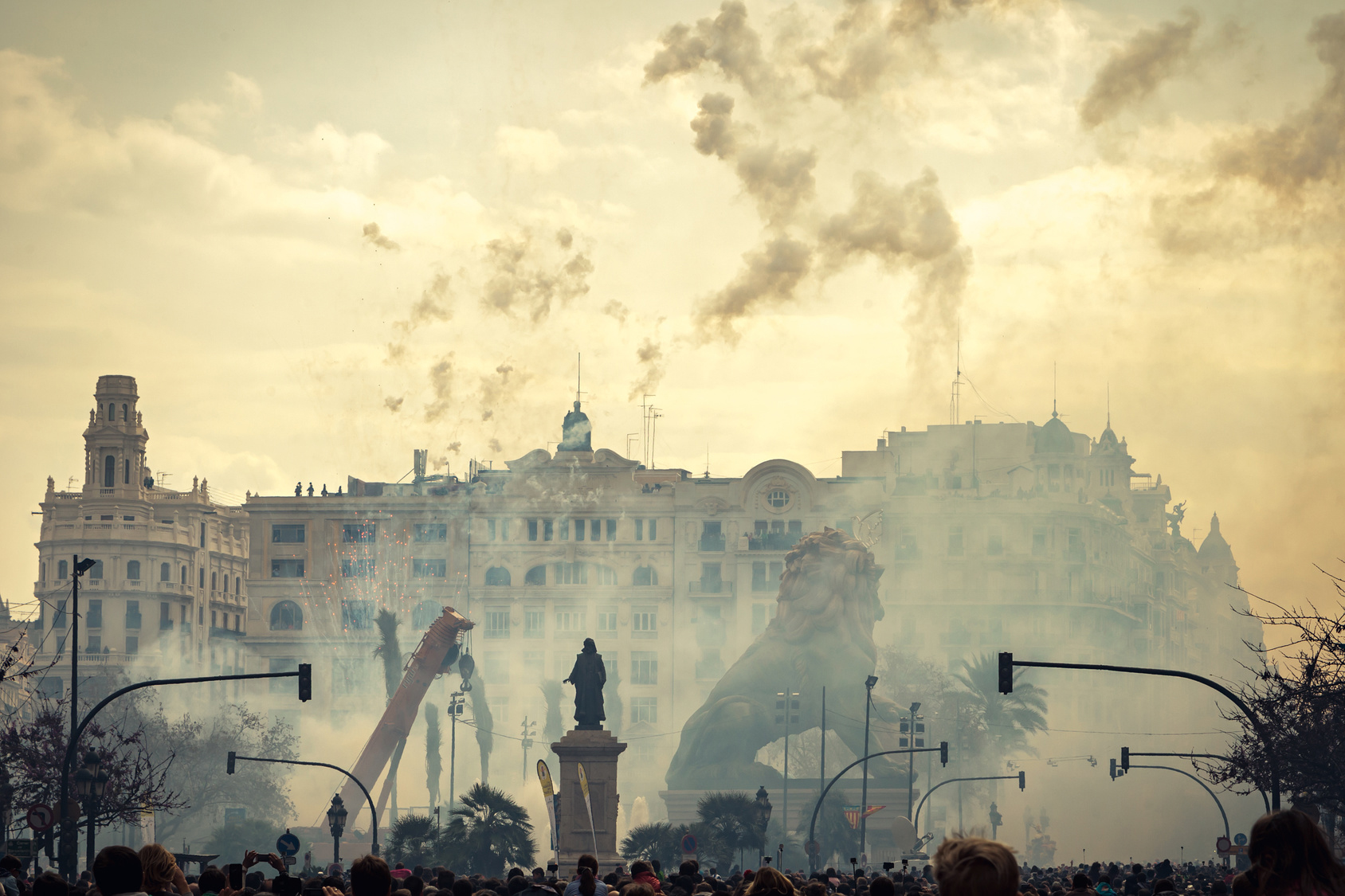 Yes, it’s that time of year again when the whole of the Valencian community prepares to welcome the Spring with its world famous festival…Las Fallas. This year there’s even more to celebrate this year as Unesco officially listed Las Fallas as a World Heritage Site.

So love it or loathe it, it looks like Las Fallas will be celebrated into the future for a very long time to come.

The calendar of the mascletà is probably one of the most eagerly awaited parts of the program. For the Valencians, their pyrotechnicians (the guys who run around in a mad frenzy trying to light the fireworks) are more famous than DJ’s, footballers and film stars put together, so be prepared to be dazzled by them.

Let’s hope that the Caballer family who are highly regarded as pyrotechnician royalty and who are also the team in charge of the most important nights of Las Fallas in Valencia, live up to their first class reputation. The crowd’s response applause at the end of a show says it all…they are the best judges by far.

Where the easily pleased crowd politely shout out ‘oooh’ and ‘aaah’ in all the right places during your average, run of the mill firework display, well let’s just say that doesn’t exist here in Valencia. These guys are extremely tough to impress and sometimes the display can be angrily booed or hissed by the local crowds if the show is a little slow paced.

How embarrassing for the mascletà team on Monday (6th March 2017) fired by ‘La Pirotecnia Alicantina’. Part of the end section of the mascletà stopped firing, including a whopping two kilograms of gunpowder which ended in the failure of the final earthquake. Apparently it was an error in the assembly, since during the morning several parts of this section had fallen. Death by mascletà!

The pyrotechnics business in Valencia is worth a whopping 30 million euros a year. The Caballer family have a factory in the countryside just outside of Lliria. It was back in 1880 that Vicente Caballer Calatayud founded ‘Pirotecnia Caballer’ which started out as a small workshop in Godella, Valencia. Vicente worked hard, spending his nights making the mascletàs for the local celebrations. More than one hundred years on, the modern day Caballer family who are the fourth generation of Caballers: Vicente, Marian, Begoña and Verónica run the company together. With over 1000 shows a year, ‘Pirotecnia Caballer’ are at the top of their game and the number one fireworks manufacturer in Spain. Not bad considering how it all started!

So next time you gather to watch the mascletà for Las Fallas in Valencia, instead of appearing to be wowed by the spectacular firework display, you may be a bit more difficult to please like a true Valencian.