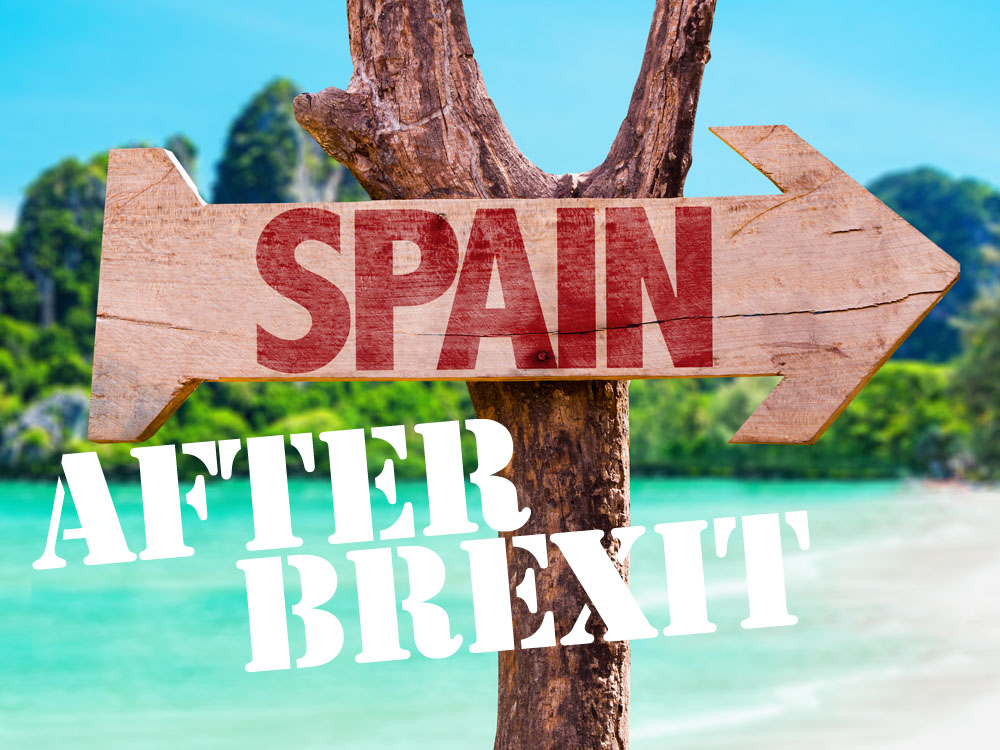 ‘In this article, my aim is to give you an idea of how, and if at all UK buyers would be affected when buying a property in Spain.

Spain has always been and still remains to be the number one country for foreign investors. Positively, we still have many clients from the UK coming over to Spain to buy their place in the sun despite the Brexit vote.’

Following the decision made by the UK to leave the European Union in June 2016, future British property buyers were left feeling unsure about the impact that this would have on them when considering buying a property in any of the EU countries. This is particularly relevant for Spain, as it is one of the most popular countries to retire to or move to for British buyers. We are pleased to report that demand has started to increase again considerably with UK buyers looking for their place in the sun, including many buyers looking to buy a property in Valencia.

However, there still seems to remain a ‘grey area’ with regards to the health care cover that British citizens will receive when coming to live in Spain after Brexit.

Historically, there has always been a very strong relationship between the two nations of Spain and the UK. However at this point in time, Spain cannot be politically seen to champion any mutual deal with the UK ahead of its EU counterparts. It will be a discussion that will take place under the guidance and initial control of the EU.

No UK citizen is, or has ever been seen as a burden to Spain if they do not work – This is because here in Spain, foreigners have to fund themselves for their food, heating and their own personal money. Spain does not pay any financial benefits or provide housing or social benefit to any foreigners, whether they are E.U. members or not.

All British ex-pats are seen to pay their own way here in Spain, as the UK pay for their citizen’s health care when needed in Spain. Spain claims the money from the UK for those UK citizens that require healthcare here.

‘The only real area to consider is health care provided to UK citizens living or coming to live in Spain permanently or as a holiday home. However, as it was before Spain itself became a member of the EU, there has always been a reciprocal agreement between UK and Spain so as to provide the best health care to their citizens in each of their countries, particularly for pensioners coming to relocate to live in Spain.’

In the future, I believe that there will just be greater control being made for UK citizens coming to live in Spain permanently, with greater transparency regarding healthcare.

Positively it can be advised now that we know that by owning a holiday home here in Spain, UK citizens will certainly not have a problem for outpatient care and you can, of course, bring your medical insurance document. This remains the same as it was before when UK was part of the EU, where your UK health care card would cover you for emergency treatments in Spain.

We believe that Spain will just make more control to UK holiday home owners from the UK, ensuring that UK holiday home owners keep their main health care in their own country and only be treated here in Spain for emergency matters in the hospitals and by the local GP of each Spanish town where their property would be located.

Of course, as a UK citizen if you plan to relocate to Spain full time and start to work here or even start your own business here in Spain, then you and your immediate family will obtain the Spanish national healthcare SIPS card.

Buying a property in Spain after Brexit

The UK citizens right to buy in Spain will remain completely unchanged after Brexit. There will be no impact on the buying process here in Spain for UK buyers.

Buying property in Spain is not restricted to only EU members, with many foreigners owning property throughout Spain here from other non-EU countries like Norway, Switzerland, USA, Canada, Russia, and China. Property ownership remains the same for all foreign buyers as with all Spanish buyers – Here in Spain, we all pay the same property purchase tax and IVA (VAT), regardless which country you are from, with no exceptions.

It will not cost British buyers any more money to buy their property in Spain, the purchase costs are the same for everyone regardless of their nationality, this will not change and is certainly not affected in any way by Brexit.

Spain officially became a member of the EU or, the European Economic Community (EEC as previously know) on 01st January 1986. British people have been owning and living in their beautiful Spanish homes well before this date and will continue to enjoy their life in the sun well into the distant future with no noticeable implications in doing so caused by Brexit.

‘As a result of Brexit, countless property experts like myself, like minded with many well respected Spanish conveyancing lawyers, Spanish Notaries, other economic and business professionals all believe that the Spanish property market after Brexit will not be affected in any noticeable way.’

This is, of course, is also due to the fact that Spain attracts foreign property investors from all over the world. But it is commonly believed that Spain will continue to attract many British people buying property in Spain.

The only negative effect that Brexit seems to be having on British buyers is the currency exchange rate and how many Euros they can obtain for their GB pounds sterling when considering a Spanish property purchase. However, this has always been a market-driven issue that has needed to be factored by British buyers before and after Brexit. Now is the best time to buy property in Spain and there could not be a better place to buy your place in the sun other than Valencia, Spain.

Azahar properties specialise in selling properties for sale in Valencia, Spain. We sell villas throughout the province of Valencia. Valencia is the third largest city of Spain and with a perfect all year round climate, beautiful beaches and gorgeous countryside it is one of the most desirable and more in-demand regions of Spain.