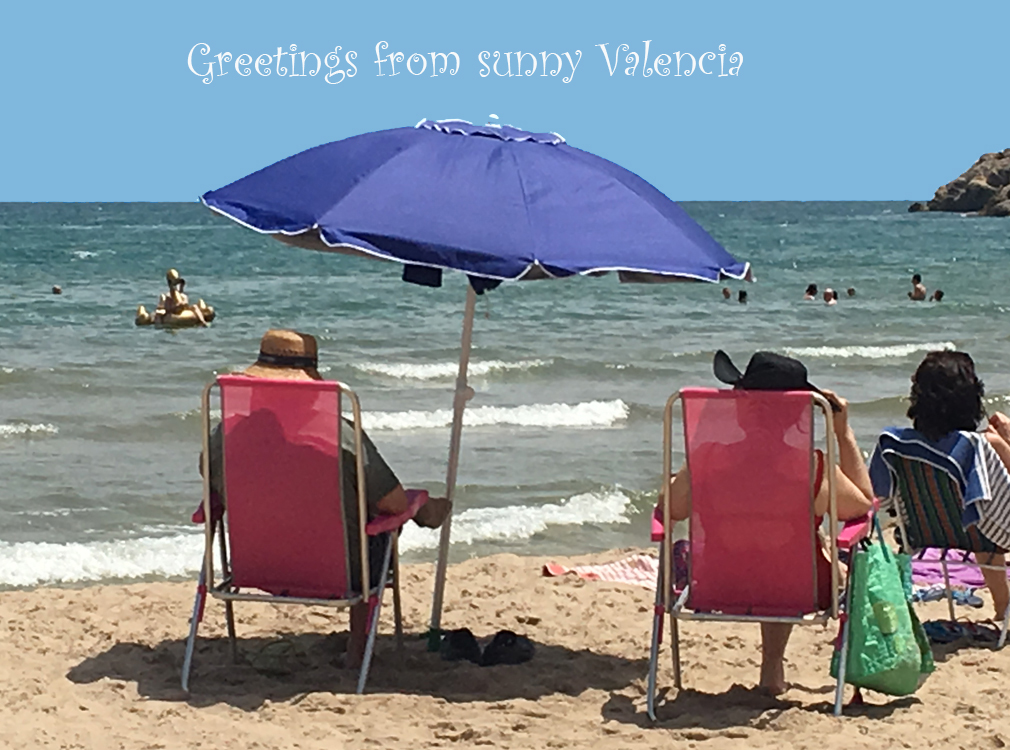 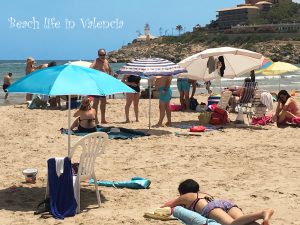 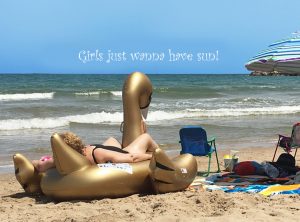 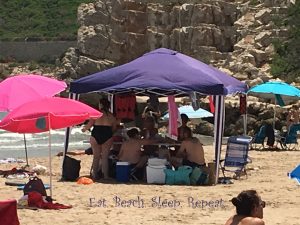 With soaring temperatures so far this month, summer has officially started and at long last and it’s time to hit Valencia’s stunning blue flag beaches. To make sure your beach days go as smoothly as possible, it’s useful to know the unwritten beaches rule in Valencia:

The first rule is to arrive early at the beach so you can get a parking space. At this time of year, it’s almost impossible to find spaces and you could be wasting valuable beach time driving around looking.

The Spanish like to park as close to the beach as is humanly possible so they don’t have to walk too far with their cool boxes. It’s not unusual to see parked cars literally almost on the beach itself.

Alternatively, if you don’t fancy getting up early, the beaches are usually empty by 2.00pm as there is always a mass exodus at lunchtime. Afternoons are usually the quietest times on the beaches here as many Spanish will not sacrifice their siesta during the hottest part of the day. The majority venture out again after 5.00pm when it’s cooled off leaving the beaches nice and quiet between 2.00pm and 5.00pm.

The only disadvantage to getting up a bit later and avoiding the crowds in the morning is the Levante wind. It whips up every afternoon along the Valencian coastline, although it’s perfect if you’re into kitesurfing!

Always be prepared. Beach trips Spanish style usually involve a cool box brimming with ice, beer (goes without saying), home-made bocodillos, packets of crisps and bottles of water. There’s always one family who have to go a step further – they bring their own chairs, table and sometimes even a gazebo. It’s pretty normal to see a whole load of camping equipment laid out on the beach including the kitchen sink!

You find that these guys stay on the beach for the whole day and well into the evening. Once they’ve set up their camp, they’re sorted and can kick back and relax and enjoy their VIP party pad. These parties often look like they’ve invited the whole family, including their neighbours and third cousins removed.

You won’t survive long on the beach without a ‘sombrilla’ or beach umbrella. The Spanish always take their own and bunch two or three umbrellas together to make a large shaded area. Or failing that, on some of the beaches you can hire them for less than 10 euros for the day, a very wise investment.

If you really want to blend in then take a beach tennis racket. No Spanish beach trip is the same if you don’t participate in a quick game of something and nobody likes looking like the tourist!

If that sounds too energetic, then maybe take a leisurely stroll up the beach. It’s the perfect excuse to stop and have a granizado. (Spain’s equivalent to a Slush Puppy). Or, you could try a ‘café del tiempo’ and they will bring you out your coffee with a separate glass of ice. It’s proper lush!

There’s nothing better than feeling the sun on your face but just remember to be prepared with the suntan cream as it’s so easy to burn on the beach, even in the shade. Apart from that, relax and enjoy the easy-going atmosphere on Valencia’s beautiful beaches and make sure you adhere to the unwritten beach rules in Valencia!