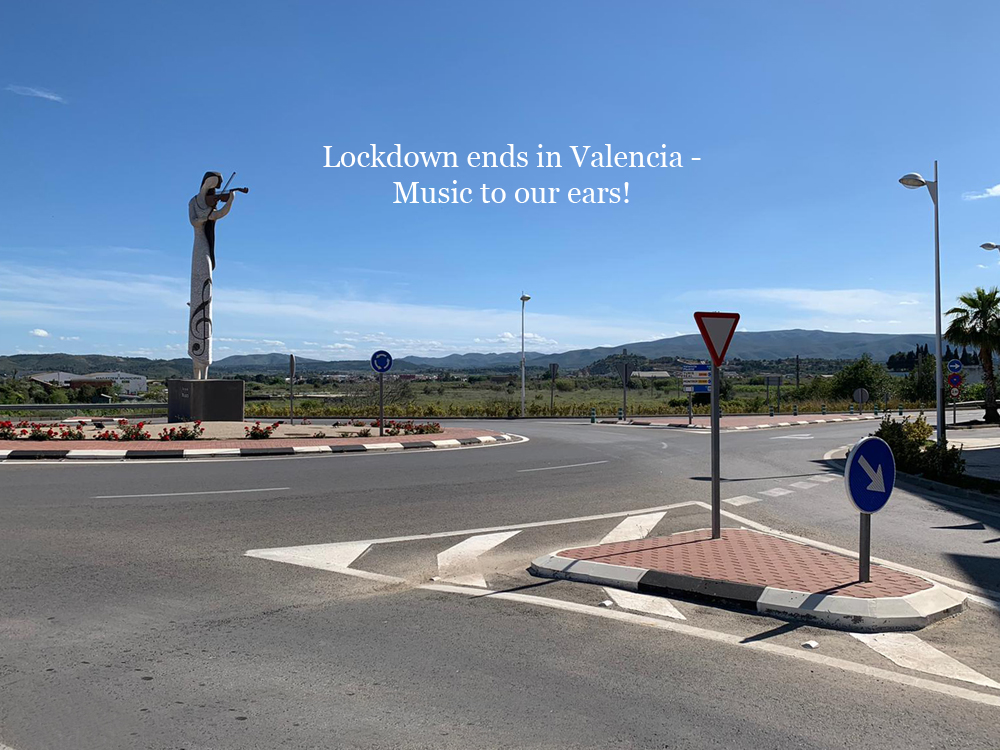 The de-escalation process that will end the confinement in which Spain has lived since the middle of March due to the COVID-19 epidemic will start in phases to make sure there are no further outbreaks.

The forecast for Valencia is that it will last until the end of June or the beginning of July when we can then start the new ‘normal’ that will continue with the relatively new concept of social distancing, although I think that we are very much used to it by now.

The de-escalation schedule will ease the confinements slowly, at a rate of about 15 days between phases to make sure that there are no further outbreaks.

The desire to go out for a walk as a family or meet up with friends for a coffee is overwhelming and Spain has found the strict confinements extremely difficult being such a sociable nation.

Many Spanish families have been locked down in their apartments with only a small balcony as their outside space. These families especially those with young children have suffered the most.

Those living in the countryside have found the lock down the easiest. The simple pleasure of having a garden has meant that confinement has been much more bearable. We’ve turned into a nation of DIY lovers too! It seems that to ease the boredom of lock down we’ve turned our focus back on our homes and gardens which is a great advantage for property sellers.

However, this difficult time is almost over and we have many simple pleasures that we took for granted before the lock down to look forward to. Let’s hope it’s the beginning of the end of the coronavirus in Spain.

The progress of the de-escalation process will be conditioned by public health indicators and the evolution of the data in each province.

Every province of Spain will have its de-escalation plan put in place, depending on how badly it has been affected by the coronavirus. The hospitals in Valencia city have been the worse affected, so for the towns who fall under the General hospital may be a week or two behind other cities in the province in terms of entering into the next phase.

If the de-escalation plan progresses as it should, the beginning of our ‘new normality’ will start from the end of June / beginning of July. This is when travel between the provinces of Spain will be allowed and of course social distancing to be continue until further notice.